While we were in stealth mode… 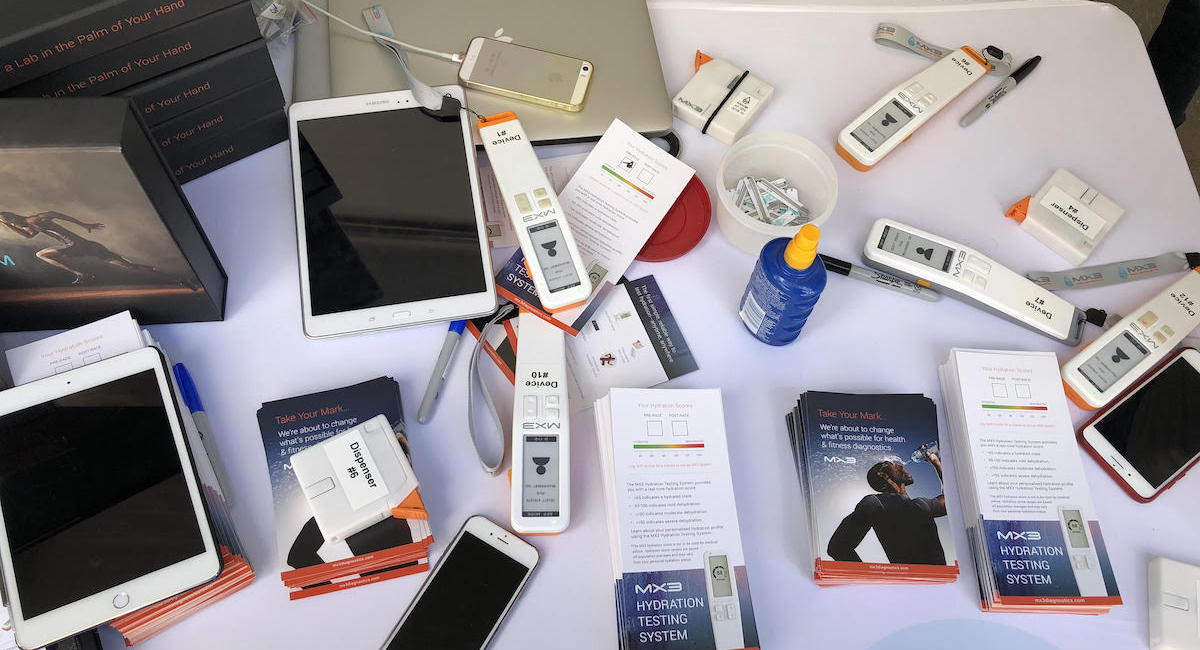 “Stealth mode” is the tech start-up term for operating quietly before you’re ready to tell the world (and potential competitors) about your product. MX3 operated in stealth mode for most of 2018 and early 2019, but this doesn’t mean we weren’t out and about. In fact, we were all over the world, meeting with scientists and athletes, working with teams and competitors, and ensuring that the MX3 Hydration Testing System was effective.

The MX3 worked with athletes and trainers at the following events:

After all our work, we’re proud and excited that the MX3 Hydration Testing System Pro edition is now available for pre-order. Here’s the press release the launched us out of stealth mode and into the public: MX3 Emerges from Stealth. We’ve proven the system works for testing and tracking hydration for athletes around the world. Now, you can try it yourself.